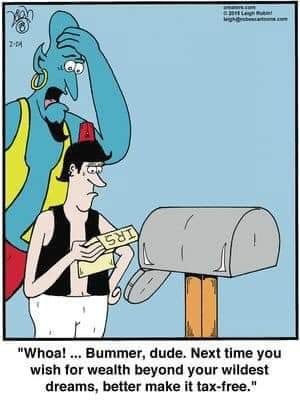 Old MacDonald had a Trust EIEIO CLAT CLUT here CRAT CRUT There. The one thing stopping good people from engaging the full force and effect of tax and estate planning using trust instruments is the language. Acronyms make it hard to understand what lawyers are saying and most of us simply put ourselves out of commission when it comes to this type of tax planning.

It does not need to be that way.  Trusts are not THAT complicated when broken down. The best place to start is with the language. Resist the urge to be intimidated by it or the acronyms it brings.

A “trust” generally speaking is defined as a right of property held by one party for the benefit of another. A trust will hold legal title to the assets in the trust and the beneficiaries of the trust hold equitable title to the same assets.

The most common type of trust is the revocable living trust. It is generally a grantor type trust in which the trustor reports all income on his or her personal income taxes via IRS Form 1040. Upon death of the trustor the trust becomes irrevocable and any income earned by the assets post death in excess of $600 for the tax years must be reported on IRS Form 1041.

When it comes to setting up trust instruments that offer immediate tax savings the planning gets subtly more involved as there are many different types of trusts to consider. The following is intended to serve as a summary of the more commonly used trusts and their respective acronyms.

A Charitable Lead Unitrust (CLUT) allows the beneficiary to receive a stated percentage of the trust’s assets each year.  However the distribution will vary from year to year depending on the investment performance of the trust assets and the amount withdrawn.

A Private Foundation (PF) is an entity set up by an individual or group of individuals for philanthropic purposes. Generally PFs are exempt from income tax, but there are exceptions and excise taxes. Compliance is usually burdensome and expensive. Also stricter Adjusted Gross Income (AGI) limitations apply to the deductible amount that can be contributed in a given year.

A Charitable Remainder Trust (CRT) facilitates the tax advantaged transfer of highly appreciated assets. The Donor receives an immediate income tax deduction for present value of the remainder interest, at least 10% of the value of the assets originally contributed. At the donor’s death (or at the end of the trust term), the charity receives the residual assets held in the trust. Annual (or more frequent) payments for life (or a term of years).

A Charitable Remainder Annuity Trust (CRAT) allows the beneficiaries to receive a fixed percentage of the initial trust value or a stated amount annually or more frequently. The amount paid doesn’t change from year to year. The annual payment must be 5-50% of the fair market value of the assets at the time of contribution.

For more on the tax implications of Old MacDonald had a Trust EIEIO CLAT CLUT here CRAT CRUT There contact me.