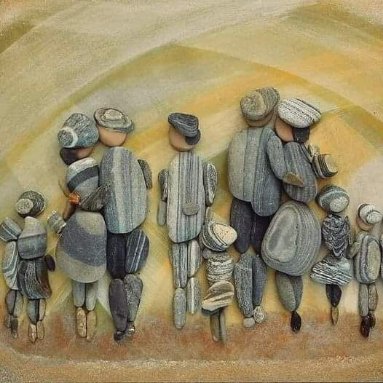 IRC §1(g)(2) – IRS Form 8615, one of the most common year end tax planning considerations revolving around the implications of sheltering and feeding fully grown and educated children. In that flying the coop has become increasingly difficult for the current generation of young adults “hanging” at Mom and/or Dad’s place as a young professional is the new ‘thing” to do.  If you can…

The problem is that sheltering and feeding young adults has really no income tax benefits and in fact if you give any one of them more than $17,000 in 2023 you may be liable for Gift Tax. Fodder for another post.

This post is for those of you with young adults and/or children who have unearned taxable income.

Together you should read, discuss and understand IRC §1(g)(2) and how to report it via IRS Form 8615 as failing to get this consistent on your respective tax returns invites unwanted attention from the taxing authorities.

One particular taxpayer with an egregiously privileged reprobate child asked the following question:

“A custodial account was established for my daughter years ago. She turns 21 in January and I can’t seem to get her out of my house. The account in question has a healthy long-term capital gain. Will she qualify for the zero capital gains tax rate if she sells the shares after the account is transferred into her name in 2017? She is currently in college and works part-time. I currently claim her as a dependent. If she sells the shares in the account before the year she turns 21, will the gains be taxed at my rate on my return?”

In response the bottom line is – like most everything in the realm of taxation – it depends on intertwining characteristics of your specific situation as well as how the Internal Revenue Code and subsequent regulations read at the tax year of disposition, which undoubtedly will be different next year from what it is now.

The capital gain rate depends on one’s marginal tax bracket between 0% & 20% and does not distinguish between dependents and non-dependents.

This earned income will disallow the parent from reporting the daughter’s income on the parent’s own tax return. Based on the fact pattern as presently known it appears the daughter will be obligated to file her own tax return asserting via check box that she is a dependent of the parent.

Additionally depending on the amount of unearned income the daughter has, she may be subject to kiddie tax rules and may have to pay taxes at the parent’s marginal tax rate as a result.

Once it is determined a dependent must file a tax return, the next step is to determine if the dependent child is subject to kiddie tax rules.

Kiddie tax is a tax burden because it could subject the daughter in this case to the mother’s tax rate.

Under IRC §1(g)(2), kiddie tax rules apply when a child has unearned income of more than $2,300. This rule interestingly enough applies even if the child is not a dependent.  The major point of kiddie tax is counteracting the shifting of income from higher income earning parents to lower income earning children. Effectively, kiddie tax imposes the parents’ marginal tax rate (if higher) on the child’s income and in essence, taxes the family as a whole unit instead of separate parts.

Kiddie tax occurs most often in the following instances:

For purposes of kiddie tax, unearned income is NOT wages, salaries, and self-employment earnings.

Unearned income includes, but is not limited to, the following types of income:

In the case of the daughter she must file IRS Form 8615, Tax for Certain Children Who Have Unearned Income if:

Kiddie tax rules apply to both adopted and step children. However, they do not apply if both parents are deceased.

Basically IMHO I would resist the urge in this case to create capital gains until the daughter is no longer a claimed dependent as (in theory) she will have a marginal income tax bracket commensurate with a young adult in her first career and (in theory) have a substantially lower effective income tax rate than the parent, an established professional.

Of course the most conservative action is to simply file IRS Form 8814 and elect to report your child’s interest and dividend information on your tax return and pay income tax on those earnings at your marginal tax rate.

Frustrating but important considerations for parents